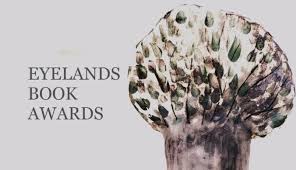 Sophie Neville's recently completed story of 'The Man Who Got Out of Japan' has just won the Eyelands Book Awards prize for an unpublished historical novel . This is her third international literary award for this wartime romance. Formally entitled 'Makorongo's War', it won A Woman's Write 2019 and grand prize of U$2,500 for the Athanatos novel writing award.
Post a comment
Read more 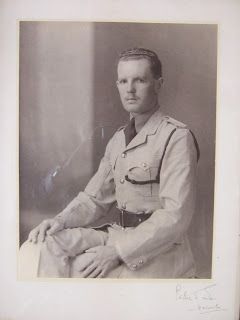 Makorongo had an unusual friend in the form a policeman of Scottish decent called Tony Maxtone-Mailer. Tony's parents married in Malaya in 1911. His grandfather John Gibson, famous for building the Kandy Railway, had become a rubber planter owning plantations in Keang. Tony's father, Maxtone Lockhart Mailer, arrived from Dumfries in Scotland to manage the rubber plantation and soon married Nellie, one of John Gibson's five daughters. After WWI ended, Maxtone Mailer took the opportunity to move to East Africa to run coffee and timber plantations that had been acquired by the British Government after the German surrender. The youngest of four children, Tony was born in Kenya in 1991 and instantly went down with blackwater fever. While his elder brother and sisters were sent back to Dumfries to be brought up by their grandparents, Tony was the little one who stayed with his mother and grew up in northern Tanzania. Since he had survived blackwater fever
Post a comment
Read more 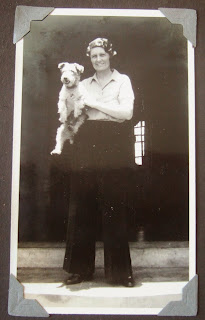 Vera with her dog Outspoken and energetic, Vera Winter bred prize-winning Boran cattle in the Eldoret region of Kenya, supplying the Allied Forces with beef through the Second World War. Although amusing and a great raconteur, she was happy to live on an isolated farm in East Africa.  Vera's house A talented pianist, she studied music at the Conservatoire in Paris before marrying a British Army Officer who was sent out to serve in East Africa. Vera on her horse Vera loved dogs and horses. After her first marriage was dissolved she met Tony Maxtone-Mailer, the show-jumping champion of Kenya,  when he was working as an Assistant Police Officer supporting farmers producing food for the war effort. Tony on his gelding They loved going on safari and once rode up into the misty hills of Mount Kenya on their own horses. Tony and Vera on Mt Kenya Vera enjoyed gardening and manged to grow European flowers such as daffodils on the Equator. In 1963, the couple
Post a comment
Read more

Life on a farm in Tanganyika 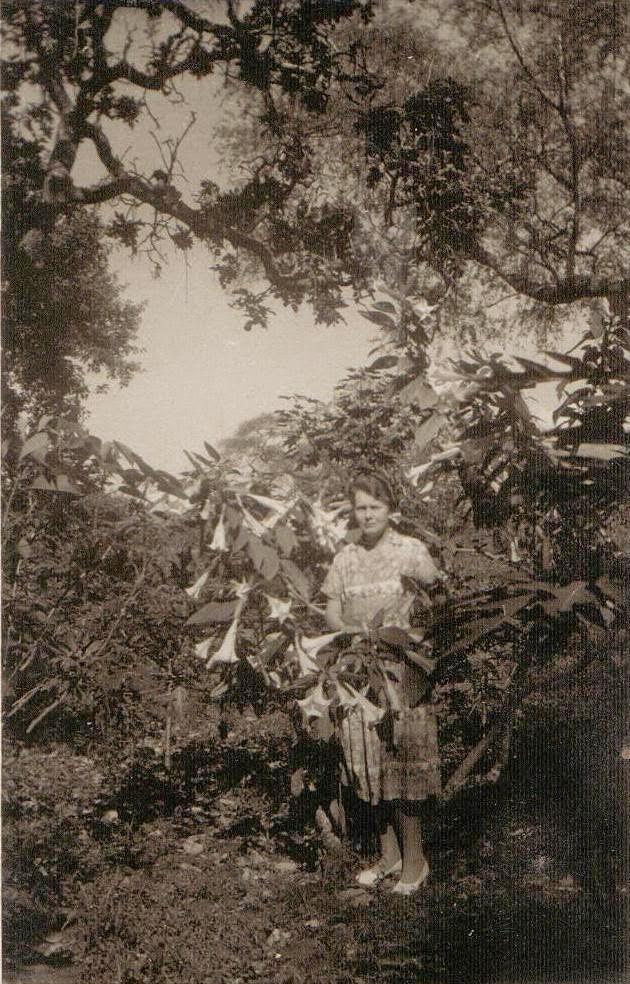 There are a number of photographs taken at Usa River in the 1940s, mostly featuring Tony's sister Joy with various handkerchief trees that grew in the garden. She always posed in the same way. Living on an isolated farm did not perturb her. She made her own dresses and pinned up her hair to avoid having to get it permed or set. They lived miles from any hairdresser.  Although she sold a few of the water-colour landscapes that she painted, Joy never had a formal job. Being married was seen as an occupation in itself. She loved Africa and the warm equatorial climate. The fact that a large cobra inhabited the fig tree in the garden did not bother her in the least.
Post a comment
Read more 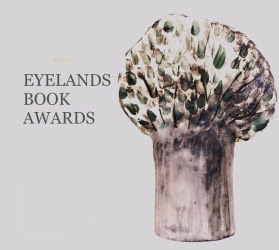 Sophie Neville's newly finished manuscript, The Man Who Got Out of Japan , has won the prize in the international  Eyelands Book Award  in for an unpublished novel.  Results were announced on 20th December 2019 with an award ceremony in Athens planned for May 2020.
Post a comment
Read more

'The Man Who Got Out of Japan' by Sophie Neville has just won the 2019 Grand Prize in A Woman’s Write competition for best unpublished novel. 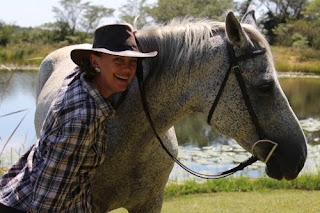 The judge wrote to say,  'This year’s competition was especially difficult to judge, with many fine submissions from all over the world.  Your book has been through several incarnations to its current, well organized and skillfully written state.' An earlier draft won the  Athanatos novel writing contest  and was long-listed in the  Historical Novel Society's 2018 New Novel Award  who noted it was 'told with charm and empathy... in a fresh and unexpected way.'
Post a comment
Read more

Sophie Neville
Sophie Neville became inadvertently well known as a child when she starred as Titty in the 1974 movie 'Swallows and Amazons'. Forty years later she was persuaded to write 'The Making of Swallows and Amazons' published by The Lutterworth Press. She brought out two humorous memoirs 'Ride the Wings of Morning' and 'Funnily Enough', which was serialised in iBelieve magazine. As President of The Arthur Ransome Society she wrote forwards for 'Swallowdale', 'Swallows, Amazons and Coots' and 'An A-Z of Cumbria and The Lake District on Film' while speaking on BBC Radio, ITV News and at literary festivals. She has been commissioned to write articles for the Daily Telegraph, Country Life and specialist magazines. Sophie has a degree in Anthropology from Durham University and background in television production. While at the BBC she wrote her own documentaries and worked on drama serials such as 'Doctor Who', 'Eastenders' and ‘My Family and Other Animals’. Now a trustee of The Waterberg Trust, she leads an annual challenge ride through Southern Africa where she lived for twelve years while working freelance for the BBC Natural History Unit.